Largest range, best service, amazing prices! Look out for items marked "Best Price Guarantee", and if you can find designer sunglasses and eyeglasses at a lower price elsewhere, we'll match that price! Simply let us know within 14 days of placing your order, and we'll wire the difference right back into your account.

How do I take advantage of the Best Price Guarantee?

Simply send an email to our customer service: customerservice@smartbuyglasses.com.sg and provide us the website address of the lower-priced item. We'll verify it according to our guidelines and if it's the exact same model number and color, we'll match the price!

We gladly match the price with the following guidelines:

*The Best Price Guarantee is valid on:

The Best Price Guarantee applies to eyeglasses frames and sunglasses only and does not apply to prescription or contact lenses. Any exact, identical brand name glasses model sold online by an Authorized Singapore dealer as designated by the official distributor/manufacturer. Colors and sizes must be identical. Any item currently in stock and available for purchase on another website that is also available in the same size, style, and color on www.smartbuyglasses.com.sg The item is available on other websites for shipping to your address. Selected eyeglass frames or sunglasses. Prescription lenses and contact lenses are excluded. We include all applicable shipping and other costs of the other website to make a proper cost comparison The Best Price Guarantee is limited to 14 days after you placed your order on www.smartbuyglasses.com.sg.

When does the Best Price Guarantee not apply?

We are unable to offer the Best Price Guarantee under the following circumstances (including, but not limited to):

The offer cannot be combined with a promotion code. Special promotions such as coupon codes, rebates, gift certificates and "buy one, get one free" are not eligible for the Best Price Guarantee. The difference amount is minimum 1 SGD We do not honor other retailers' misprinted or falsely advertised prices for the Best Price Guarantee. Purchases for resale or commercial purposes are not eligible for the Best Price Guarantee. This offer does not apply to items advertised below our cost. We will not price match prescription lenses or contact lenses. The price match guarantee applies to eyeglass frames and sunglasses only. Items on websites that are auction sites, unauthorized dealer sites and/or discount sites. Items that are out of stock, open-box, clearance, outlet center products and/or refurbished items. Items that are not in stock, ready for shipping on other websites

What happens after I submit my request?

Within 14 days of your purchase date, SmartBuyGlasses will verify and match the lower price and credit your credit card for the price difference assuming the above requirements apply and are met. The item must be currently available on www.smartbuyglasses.com.sg in the same size, style, and color.

If you have not made your purchase at the time of applying for the Best Price Guarantee, we can place the order for you at the matched price upon approval.

Price difference applies to the full cost of the item including tax and shipping (subtracting any promotions). There's a limit of one guarantee claim per item, per order. The difference amount is minimum 1 SGD.

We reserve the right to verify another online company's product availability, authorized dealer status, and price before issuing a price match credit.

What Is Depth Perception? 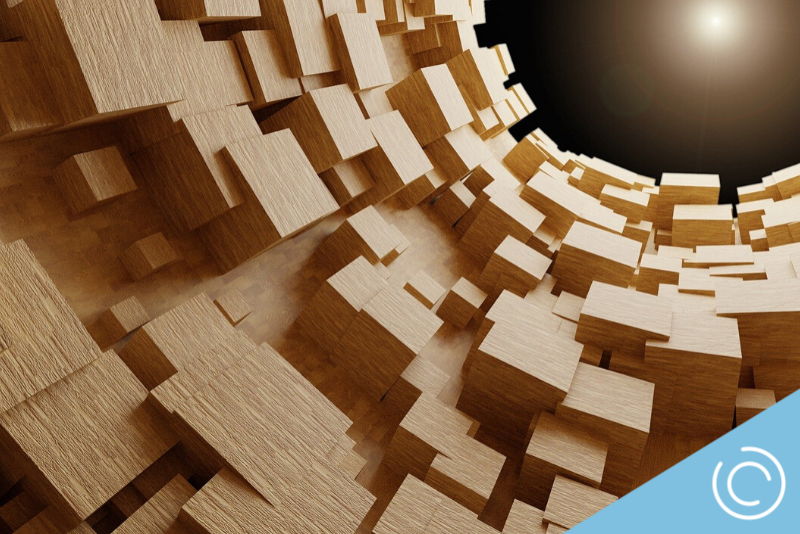 Wondering how to define depth perception? It refers to the ability to see objects in three dimensions, i.e., length, width, depth, and to judge how far away an object is. This also includes the ability to judge the distance between two objects. To be able to perceive depth accurately, we generally need to have a binocular stereoscopic vision (vision in both eyes). In a process known as convergence or stereopsis, the brain collates the 2 sets of information based on the different angles of sight from our two eyes to form a unified 3D image.

Depth perception is an innate mechanism, strengthened by visual experience. Over time, the brain is able to speed up the computation of objects in our sight. Depth perception examples take place multiple times a day without even realizing it. When both eyes see clearly and the brain is able to process a single image effectively, it is known as stereopsis. This is the concept that makes you feel like you’re able to perceive depth when watching a 3D movie.

Monocular cues provide depth information when relying on one eye to see objects. Those with monocular vision may face depth perception inaccuracy since they have to rely on other visual cues to gauge depth.

Why is Depth Perception Important?

- It helps us to move around without bumping into things

What are Depth Cues?

Depth cues are the different tools that our eyes use to interpret depth in sensed images. These depth cues can either be physiological and psychological.

- Accommodation: This is the process by which your eyes bring objects into focus at different distances. It ensures that light entering the eye focuses on the retina. The process involves contracting and relaxing the eye muscle to change the focal length of the lens.

- Convergence: This refers to the change in eye direction that occurs when watching an object that is close to us. Our eyes point slightly inward. This cue can work effectively at a distance of fewer than 10 meters.

- Binocular Parallax: Since our eyes are roughly 2 inches apart, the images received from each of our eyes are slightly different. The difference between the two images is called binocular parallax which is the most crucial depth cue when we see objects at a medium distance. Our eyes can still calculate depth using binocular parallax even when all other cues are removed. However, this method only works well when the object is close up. When objects are far away, the 2 images our eyes receive seem more similar.

- Monocular Motion Parallax: When we close one eye, a sense of depth can still be achieved if we move our head from side to side. While closer objects move in the opposite direction of the head movement, further objects move in the same direction. Furthermore, the closer object moves quickly across your retina while objects that are further away don’t move as much or do not move at all.

- Retinal Image size: Our brain calculates the sensed size of objects by comparing it to their known size to then perceive the distance.

- Linear Perspective: Known objects are thought to be moving further away if they become smaller and smaller.

- Texture Gradient: The further away the object is, the less of its surface texture we can see and the smoother it appears. On the other hand, when we can see more detail of an object’s surface texture, it can be calculated as being closer.

- Overlapping: We can understand if an object is closer to us when it blocks other objects from our sight. This closer object will have a more continuous borderline.

- Aerial Perspective: Depth can also be interpreted based on the relative color and contrast of objects. An object is considered as being further away when it is blurry.

- Shades and Shadows: When an object casts shades and shadows on other objects, we understand that this object is closer to the light source.

- Blurred vision: A lack of sharpness of vision which reduces the ability of our eyes to see fine details.

- Anophthalmia: A rare congenital situation where there is an absence of one or both eyes due to many reasons such as genetic mutations, infections, etc.

- Amblyopia (lazy eye): A sight disorder that is typical in children. When children encounter double vision, their brain tends to suppress the input from one eye, and over time, it favors the other eye. Read our post on dominant eyes for more information.

- Optic nerve hypoplasia: A condition where the optic nerve, which sends visual signals from your eyes to your brain, has incomplete development before birth. It can result in partial or complete vision loss in children.

- Macular degeneration leads to a loss in the center part of one’s vision, hence leading to declining depth perception.

No depth perception refers to the inability to see objects in 3D. It is possible to suffer from issues relating to depth perception for years without knowing. Follow these steps to quickly and easily test it right now with the following image of the tennis ball.

1. Hold a finger half-way between your eyes and the picture of the ball (about 20cm from your eye is good enough). The ball will be in the background.

2. Now focus your gaze on the ball. You should be seeing two images of your finger. It might be slightly blurry or transparent but that’s normal. If you see two fingers, it’s a sign that you have strong depth perception.

3. Now, switch your focus from the ball to your finger. You should see two slightly hazy images of the ball on either side of the finger.

If any of the following happens, it may be a sign of poor depth perception.

- You see a finger/ball more clearly on one side than the other.

- You see only one finger/ball where you should be seeing two.

- One finger/ball is larger than the other.

- A finger/ball appears and then disappears.

- When you close one eye at a time and your finger starts in the center of the ball but moves far to one side when you open the other eye.

How to Improve Depth Perception?

One of the solutions to improve poor depth perception is to wear and prescription contact lenses. Both of these will improve the image that your ‘bad’ eye sees. You can buy eyeglasses and contact lenses to improve your depth perception online at SmartBuyGlasses for free shipping with a 24-month warranty, a hassle-free 100 day returns policy, and a price match guarantee.

Other than wearing a pair of prescription glasses, you can also do a few different exercises with your eyes to treat poor depth perception such as:

- Eye rolling: Slowly roll your eyes in both directions for a few minutes at a time. This exercise helps to strengthen nerve impulses and improve eye muscles.

- Shifting your gaze: You should practice this exercise together with eye-rolling as you can shift your gaze slowly while rolling your eyes.

If you suspect that you may have depth perception issues, visit your optician and consider incorporating eye exercises and supplementing your diet with nutrients you need for healthy vision.

Was this article helpful? Thanks for your feedback!
Yes No
Share
Discover articles about: You are all set!
Visit Membership

Use another E-Mail? Register
Not a member? Register

We've sent an email with instructions on how to reset your password.

If you don't receive instructions within a few minutes, check your email's spam and junk filters.

Not a member? Register

Get personalized eyewear recommendations with our style finder and find the perfect pair for you.

What are you looking for?

What type of sunglasses do you want?

Show me my style recommendations
Next » « Previous